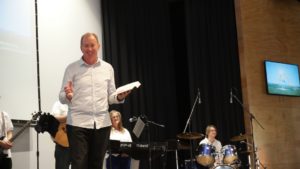 John had done what many people do when they read the Bible. Rather than accepting the Word of the Lord for what it says, John had made certain interpretations and assumptions of it. Perhaps, like many of the Jews of his day, John had interpreted the prophecies of the Messiah as the conquering King who was to vanquish the Romans, restore the throne of David, and ultimately usher in world peace. But Jesus the Christ did not fit John the Baptist’s interpretation of who the messiah was supposed to be.

And John bore witness: “I saw the Spirit descend from heaven like a dove, and it remained on him. I myself did not know him, but he who sent me to baptize with water said to me, ‘He on whom you see the Spirit descend and remain, this is he who baptizes with the Holy Spirit.’ And I have seen and have borne witness that this is the Son of God.”
John 1:32-34

When the messengers from John the Baptist came to Jesus with John’s question, Jesus didn’t correct his misinterpretation. Instead, He answered John’s question with evidence confirming that He was indeed the One.

Many people do the same today with Bible prophecy. They read Bible prophecies and, like John the Baptist, they make some wild assumptions about them and mistakenly declare their interpretation to be the word of the Lord. For example, take the Olivet Discourse of Matthew 24 and 25. Many people assume that Matthew 24 is about the return of Christ. This is despite the word ‘return’ not appearing in the Disciples’ questions to Christ – or in His answer to them! In Matthew 24:30 Jesus says that He was to “come” on the “clouds of heaven”. Yet despite this, many people assume that when He said “come” He meant return, and that when He said it would be on the clouds of heaven that He actually meant the clouds of planet earth. I wonder how many people realise that He was citing a Daniel passage in which the Son of Man is described as ‘coming’ up to the Ancient of Days?

¶ “I saw in the night visions,
and behold, with the clouds of heaven
there came one like a Son of Man,
and he came to the Ancient of Days
and was presented before him.
And to him was given dominion
and glory and a kingdom,
that all peoples, nations, and languages
should serve him;
his dominion is an everlasting dominion,
which shall not pass away,
and his kingdom one
that shall not be destroyed.
Daniel 7:13-14

Download your copy of Dr. Andrew Corbett’s fuller explanation of The Olivet Discourse in his eBook – THE MOST EMBARRASSING VERSE IN THE BIBLE – for just $US3.95

Whenever we bring our assumptions to a Biblical text we are committing eisegesis. Whenever we practice eisegesis will can only ever misinterpret the Bible and thereby misrepresent it to others and set ourselves up for disappointment.

There is, however, a safer way to interpret Bible prophecy. This involves exegesis rather than eisegesis. By allowing Scripture to interpret Scripture, reading texts in context, noting original audience understanding, and not interpreting a verse of Scripture in a way that contradicts the overall message of Scripture, we are undertaking exegesis.

To read my exegetical exploration of the Olivet Discourse, download my eBook, The Most Embarrassing Verse In The Bible. To begin to listen to my audio teaching series on the Book of Revelation, click here.

The Bible isn’t the problem, but often people’s interpretations of it are. 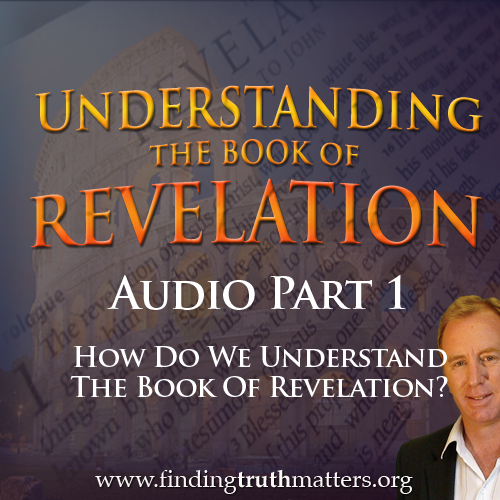