I was sitting across the table from one Australia’s top surgeons who operates on hundreds of patients every year who have inadvertently self-harmed through the use of various legal drugs. He expressed that he would prefer such drugs to be banned. But then he qualified his lament with, “Well, we know prohibition doesn’t work.” Interestingly, one of Tasmania’s top radio talk-show hosts said, just days earlier, the exact same thing when he was discussing the effects of these same legal drugs on our State’s health system. And just the other day a politician responded to a journalist’s question about the increasing damage alcohol and tobacco are inflicting by repeating the mantra. But since I was not absent when the surgeon said it, I interrupted him and said politely, “That’s not true!” Here’s why I said it…

THE REALITY OF CURRENT PROHIBITIONS 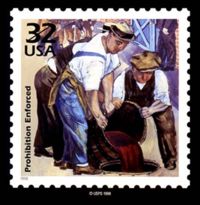 The American Prohibition of Alcohol, 1920-1933, was introduced for much broader reasons than merely curbing its consumption-

The ratification of the 18th Amendment nationalized prohibition in 1919. Supporters of the Volstad amendment believed that: by abolishing alcoholic consumption, one might also abolish crime, poverty, and broken families.
Wayne University

The promoters of America’s Prohibition identified alcohol abuse as the root cause of much crime, domestic violence, poverty, work-place injury and absenteeism, and sexual assaults. And little wonder. The average annual American consumption of hard liquor in 1919 was several gallons per person. Dr. Norman Geisler and Frank Turek note-

When people say that “Prohibition failed,” they usually mean that it could not keep people from drinking. This is, of course, true, but no law is 100 percent successful. We need to take a closer look at Prohibition before judging its success or failure.

To understand the objective behind Prohibition, it is important to understand the history leading up to the Amendment. The Eighteenth Amendment, which was ratified in 1919, came about only after a long process of activism against alcohol (led largely by sober women fed up with drunk men). This anti-alcohol movement wasn’t as much motivated by a moral objection to drinking as it was by the immorality, family dysfunction, and criminal activity that drinking spawned.
“Legislating Morality”, Geisler & Turek, Bethany House Publishers, 1998:28

Opponents to Prohibition, particularly the big breweries of Detroit, vehemently opposed Prohibition for obvious reasons – but not necessarily arguing against the Prohibitionists’ motives. They argued that: you can’t legislate morality, laws don’t change people’s behaviour, people will still be able to get alcohol despite a ban, and an illegal Black market (pardon the tautology) would be created.

Many of the Prohibitionists were realistic about their goals. Completely stopping alcohol consumption, while the ideal outcome for the Prohibitionists, was not the sole goal. They realised that if laws could be passed restricting the consumption of alcohol it would have a powerful educative role, a significant restraint on public behaviour and attitudes, and an ability to restrain violence through incarceration for the protection of the abused. What most people don’t realise is that when the 18th Amendment was repealed in 1933 the average annual rate of hard liquor consumption had been reduced to a few ounces per person. Not until 1975 did American annual per capita alcohol consumption return to pre-Prohibition rates! Coupled with this was the dramatic decline domestic violence rates, murders, work-place absenteeism that coincided the period of Prohibition. [Source: Geisler & Turek] Was the American Prohibition “experiment” really a failure?

Prohibition is still practiced today. Not just in regards to alcohol (although there are countries and states which still have Prohibition of Alcohol- including my country of Australia where many Outback Aboriginal communities are “Dry” by Law) but in regards to other abuses and socially unacceptable behaviour. For example, murder is prohibited in most places. But if we applied the Anti–Prohibitionists arguments that Prohibition is only acceptable if it completely stops a certain behaviour then we would have to overturn murder laws! (Since the Prohibition on Murder has not stopped people murdering.) This is obviously faulty logic. Laws against murder are as much educative, as they are prohibitive. This does not demean their enforcement because this too reinforces the educative value of the legislation. Prohibition in some form is still a present reality in most parts of the world.

THE PURPOSE OF PROHIBITION 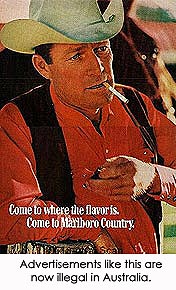 Prohibitive Laws are educative. But it would be wrong to assume that they are only educative. There is a myth that Prohibition never really changes behaviour. But Prohibitive Laws do curb behaviour. Put another way, what we legislate we encourage. Most people would acknowledge that murder is wrong. Most people would also deny the possibility that they would ever commit a murder even if there were no laws against it. But most of us intuitively know that if the Prohibitions against murder were removed, there would probably be an outbreak of murders. This point is made by our most famous example of Prohibition. Despite outcries that these laws would not be possible to enforce or that they would never change anyone’s behaviour, or that people would still violate them anyway (therefore we are better off regulating them rather than prohibiting them), the facts are that liquor consumption rates per capita dropped dramatically, and remained low for the next 50 years! Coupled with that, the reason for the Prohibition in the first place (domestic violence, spiralling crime rates, workplace injuries) all decreased over the period of the Prohibition.

The reality of any Prohibitive Law is that some people will never comply with it. But this doesn’t mean that a Prohibition should be removed. Secondly, while Prohibition will generally change societal attitudes, it is unrealistic to expect unanimous societal endorsement for every Prohibition. Smoking cigarettes in public places is increasingly being banned around the world (Paris recently banned it, Tasmania is about to introduce tough anti-smoking laws). Naturally, Tobacco company executives and addicted smokers are opposed to such laws. But the overwhelming weight of evidence shows that smoking in public places endangers the health of nearby non-smokers. And this leads us to the basis for any Prohibition: the public good. The famous American Prohibition was introduced for social reasons – public health and safety – which the cause of which (alcohol abuse) was so widely acknowledged that it was able to be passed into Law.

WHEN THEOLOGY IS FAULTY

Some Christians argue that we cannot impose our morals onto a secular society. If by this they mean that we should not be trying to commence a theocracy (‘the rule of God’ where no human Government is instituted), I absolutely agree. But if by this they mean that Christians should not contribute into the formation of societal standards and welfare, I vigorously disagree. When we argue that women, children, minorities, the disabled, immigrants, should be protected by law against abuse and injustice we are actually promoting core Biblical moral standards. The Bible strenuously charges us to look after “widows and orphans“. 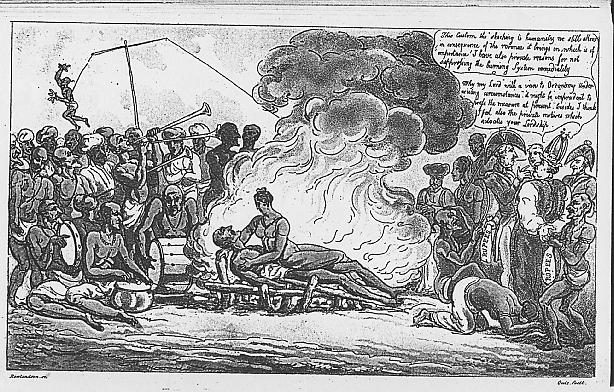 William Carey knew this when he went to India in the 1790s. He saw gross abuse of these groups in Indian society where widows were murdered on their dead husband’s funeral bier and children were treated as slaves (in every way). He arduously worked to stop this abuse. He encountered arguments designed to squelch his efforts, such as “don’t interfere with indigenous culture“, “don’t impose Christian morals on people practicing another religion“, and so on. But he knew that this practice was contrary to the public good (especially for widows!). Carey eventually succeeded in convincing authorities to introduce a Prohibition of Sati.

It is theologically faulty to confuse religious obligations with moral obligations. But this is what some Christians have done when they have protested about other Christians striving to maintain and uphold moral standards in society. They have confused religion with morality thinking that these Christians were trying to impose religious obligations upon society. When Christians protest attempts to promote immorality they are not being religious – they are being caring! If Christians wanted to legislate compulsory baptisms – that would be seeking to legislate religion on society, but not when they protest abortion, sexual deviancy or the sanctity of marriage! 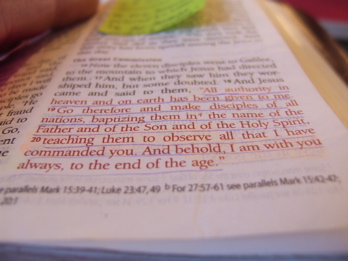 The basis of the rule of Law is the Biblical Law of Moses: the Ten Commandments. It is this Law that Jesus reinforced in Matthew 5 then finished His earthly ministry commissioning His disciples to disciple nations by: teaching the commands of God. Christians are therefore more than obliged to contribute to society’s canon of acceptable morality. In fact, based on the Great Commission, Christians are more than obligated to promote the commands of Christ as the basis for the Rule of Law. It may profit many Christians to study the teaching of Jesus Christ to realise that nearly all of His commands were moral not religious in nature.