home  >  articles  >  The Marriage Supper of The Lamb

The marriage supper of the Lamb is the celebration of the ultimate marriage made in heaven. It is the picture that God has given us to portray His relationship with His people. That’s why ‘marriage’ is so important: it’s a reflection of Christ as the Bridegroom wedded to His Bride, the Church! This has sombre implications for any attempts to introduce ‘same-sex’ marriage…

¶ And the angel said to me, “Write this: Blessed are those who are invited to the marriage supper of the Lamb.” And he said to me, “These are the true words of God.”
Revelation 19:9

Marriage is not, as some secular cultural anthropologists claim, a human invention. Some of these anthropologists claim that marriage has culturally evolved to legitimatise a man’s dominion over a woman. To these critics of marriage it is a form of sanctioned slavery that gives the oppression of women societal approval. But marriage is a deeply spiritual union. Its origin goes back to the dawn of time when God instituted marriage between the first man and woman. Just like the rest of creation, it was given by God to reveal to mankind something about Himself.

MARRIAGE REVEALS SOMETHING ABOUT GOD

¶ “Therefore a man shall leave his father and mother and hold fast to his wife, and the two shall become one flesh.” This mystery is profound, and I am saying that it refers to Christ and the church.
Ephesians 5:31-32

The Old Testament is full of symbolic pictures portrayed in the ceremonies, laws, sacrifices, characters and battles of Israel. Each of these reveal to the reader of the Bible something about God (1Cor. 10:11). Marriage is in fact one of the most precious pictures given to us about who God is and what He is like.

1. A Picture of Complementary Unity

Marriage is the life-long union between fundamentally different yet complementary parties. Just as God the Father, Son and Holy Spirit are different persons within the Godhead, their union is perfect. They are three yet one. The way they are three is not the same as the way in which they are one. In the same way, the union of a man and woman (with God) in marriage is a union which the Bible describes as “one”. Since God has always existed in fellowship with the members of the Godhead (Greek: theotes, Rom. 1:20; Col. 2:9) where their unity is so complete it is described as “One God”. In the same way, when a man and woman marry and come together they are described in the Bible as becoming “one”.

2. Marriage Is A Picture of God’s Faithfulness

Know therefore that the LORD your God is God, the faithful God who keeps covenant and steadfast love with those who love him and keep his commandments, to a thousand generations,
Deuteronomy 7:9

To be faithful is to withstand the temptation to break the exclusive nature of the commitment that has been made. For a marriage to be healthy it needs to be protected with faithfulness. It also requires a commitment to resolve potential breaches of trust. That is, when one party within the marriage fails in some way, the other party is faithful in seeking to resolve the affect of this failure.

3. Marriage Is A Covenant Based On The Covenant God Has Established

A covenant is an agreement that binds at two parties. It is a formally witnessed arrangement. It involves the pooling of material and talent resources for the common good of the covenant. It is not a contract.

Marriage is a picture of the covenant that God demands of all those who want a relationship with Him. Marriage is the covenant between two different people who unite to become uniquely one. Marriage is a pale picture of the covenant between people and God (two different parties). This is why God established marriage as the union of a man and a woman (different by gender) as the ultimate covenant that two people could make. The pooling of resources in a marriage should in ordinary circumstances (allowing for prohibitive medical conditions) have the potential to produce children. In the same way, our union with Christ should have the potential to lead others to Christ and thus produce sons and and daughters in the faith (Phil. 2:22).

4. Marriage Is The Basis For Ultimate Intimacy

Sexual intimacy is the highest expression of physical love between two people. It therefore demands the highest commitment between those two people. Where sexual activity takes place without marriage, the Bible refers to this as ‘fornication’. Where it takes place outside of a marriage it refers to this ‘adultery’. Both sins are condemned in Scripture primarily because sexual intimacy is a picture of the spiritual union of the Godhead. Sexual intimacy is God’s wedding gift to a married couple. It should not be treated lightly and those who have failed in this regard need God’s forgiveness and grace which He expensively offers freely.

The marriage supper of the Lamb described in Revelation 19 is the culmination of the New Covenant that God has established with His elect. It began after the elements of the Old Covenant (the Temple, the Priesthood, the Sacrifices) were taken away in A.D. 70. When the elected believer goes to be with the Lord now, there awaits them a wonderful celebration of the Covenant they entered into with Christ in this lifetime. Whatever picture you currently have of heaven now, may need to be adjusted by the knowledge that the Bible describes a marriage supper with infinite joy, infinite celebration, infinite gratitude, infinite ecstasy awaiting those who have entered into a Covenant with God now. If you have never asked God for forgiveness, the faith to believe in Him and the grace to live the way He wants you to, it is my prayer that you will. If you are married but have never realised how infinitely important the symbolism of your marriage is, then it is my prayer that you will ask God for the grace to reflect what marriage was always intended to be. 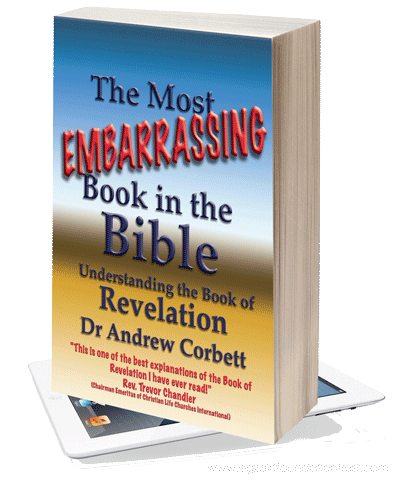