home  >  articles  > 5 Proofs For The Existence of God

The Bible diagnoses humanity’s deepest need and then prescribes what it claims is the only antedote: God saves sinners. Is there an intellectual basis for believing in God? Or is being religious just a matter of blind faith? Are there reasonable proofs for God? Christianity invites scrutiny into its claims and the reasons for trusting them.

Are there reasonable proofs for God? In December 2004 it was announced that long time British Professor and Philosopher, Anthony Flew, regarded by many as “the world’s most acclaimed atheist”, had renounced his atheism in favour of theism…

This dramatic conversion has been likened by Astrophysicist and now one of the world’s leading Cosmologists, Dr Hugh Ross, as having the same impact on the academic world as an announcement that Billy Graham had renounced Christianity would have on the Church!

One of the reasons cited by Prof. Flew was “the evidence.” He admitted that for a long time the growing problem of Evolution’s inability to explain how life began, or for that matter, how anything began, led him to the inevitable conclusion that it was an inadequate answer in the face of the evidence. Then when the DNA Genome code was unraveled the evidence for Design became “undeniable”. These two pieces of evidence (1. the existence of life demanding a Life-Source, and 2. the scientific evidence of an extremely complex code in the make-up of that life- DNA) were enough for Prof. Flew to renounce atheism.

CAN WE PROVE GOD?

Some ancient Philosophers, such as Anselm, have argued that the fact mankind can imagine there being a God it is a proof that there must be one. While this argument does have some merit, drawing on the positive aspects of human intuition, it has limitations. Taken to its natural application this means that if anything can be imagined it must exist. Based on the nightmares I had as a three and four year old boy- I really hope this theory isn’t true or I’m not going to sleep well tonight!

On the other hand, ‘beliefs’ and ‘truth’ are sometimes not entirely related. Tertullian once bragged that the main reason he so readily accepted Christianity was that it was fundamentally absurd. Perhaps he was alluding to 1Corinthians 1-2 which talks about human wisdom and divine wisdom being incompatible. Some people are so committed to their beliefs that despite the evidence of truth they refuse to change their beliefs. In this way we observe that what some atheists claim is their scientific basis for unbelief is nothing more than belief in opinions rather than evidence. Thus despite the mass of evidence to the contrary, many atheists refuse to accept that origin of life is best explained by appears to be obvious (a Designer/Creator).

We have to applaud Prof. Flew for having the courage to consider and then accept the evidence. 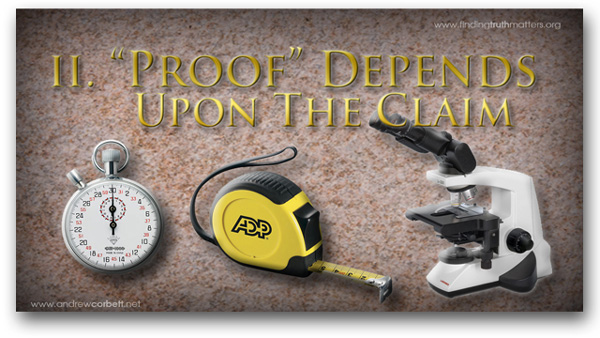 There have been a rash of very articulate and passionate atheists such as Richard Dawkins, Christopher Hitchens, Sam Harris, Daniel Dennett, who have attacked theism (the belief in God) by attacking Religious Fundamentalism (the poor behaviour of those claiming to believe in God and their abuse of Religious rules to oppress people). The type of God these Religious Fundamentalists promote is not the God I am arguing for. But to some it is going to sound like it.

C.S. Lewis artfully makes the point in the “Magician’s Nephew” that there can be several people confronted with the evidence for God yet they can interpret that evidence quite differently. Lewis describes Uncle Andrew’s direct encounter with Aslan where he vehemently denied what he was seeing and hearing as making himself look stupid. And Lewis, the former atheist himself, continues, “Now the trouble about trying to make yourself stupider than you really are is that you very often succeed. Uncle Andrew did.” When it comes to proof for God, the evidence is cumulative and therefore acceptable proof.

It is, then, true that everything teaches man his condition, but he must understand this well. For it is not true that all reveals God, and it is not true that all conceals God. But it is at the same time true that He hides Himself from those who tempt Him, and that He reveals Himself to those who seek Him, because men are both unworthy and capable of God; unworthy by their corruption, capable by their original nature.
Blaise Pascal, Pensees, 557

This evidence, or proofs, for the existence of God invites those atheists to consider it – especially for those who claim that there is none. At the very least it should be reasonably concluded that atheism (the absolute claim that there is no God after considering all possible knowledge) is a highly irrational position.

The evidence for the existence of God is available. For honest enquirers there are honest answers. For those who acknowledge that there is at least reasonable evidence (even if not all 5 points of evidence are accepted) then they can no longer claim to be “atheist”. Like Professor Flew they can bravely embrace the title “theist” (God believer) without adopting any particular religious framework. Once this position can be reached then the next phase of the journey is to answer the question, “Is religion necessary or even helpful in discovering God?“

BUT HOW DO WE KNOW THAT THE GOD OF CHRISTIANS IS THE CREATOR THAT THE EVIDENCE POINTS TO?

The scientific method has become synonymous with methodological naturalism. This is the idea that the only way knowledge can be apprehended is if it can be observed or mathematically verified. But this is a fairly recent hijacking of what the scientific method means. If we could allow the evidence from scientific method to lead us  to certain deductions, that is, follow the same path the Professor Antony Flew went down, whether they be physical or metaphysical, we may be removing the restrictions which might hold us back from the truth – especially if we employ the scientific method in examining any theories involving metaphysical claims.

Within time and space there is moral-evil, corruption, and decay. Yet, the One who caused the universe has also given identifiable moral laws, which are often referred to as Natural Law (see Prof. J. Budziszewski, “What We Can’t Not Know”), from which we all seem to universally have a sense of right and wrong / just and unjust. It seems to stand to reason then that the Creator-Law-Giver must Himself keep these laws. If there is no such Law-Giver, then there can be no ultimate justice since there would be no Judge to administer justice. This makes sin the source of evil and the ultimate problem for all mankind. While Islam teaches that there will be a ‘Final Judgment’ (interestingly to be done by Jesus Christ according to the Qur’an), it does not regard sin as the reason for this judgment, and therefore it does not see any need for atonement of sins before this Final Judgment. Hinduism does not regard moral failure (sin) as the problem of the Human condition and does not depict Brahma as the Ultimate Judge. Only the God of the Bible is presented as being as supremely holy (without sin and therefore without evil), immutable (unchanging in moral character which is in contradistinction to either Islam or Hinduism), and impeccable (only capable of good and upholding perfectly His moral laws, which again is in contradistinction to Islam’s concept of ‘Allah’ who is morally arbitrary).

Perhaps the simplest test for discovering the identity of the Creator-God is to employ the scientific method in a spiritual way by putting Psalm 34:8 and Matthew 7:7 to the test.