¶ “Then they will deliver you up to tribulation and put you to death, and you will be hated by all nations for my name’s sake.
Matthew 24:9

Perhaps nothing has unnecessarily struck more terror in the hearts of young believers than the teaching by Bible-Prophecy preachers about the coming tribulation! I have literally spoken with young people who have had to see a counsellor to try and deal with their resultant anxiety. It is claimed that this coming global calamity will be divided into two equal parts. The first 3½ years will be tribulation where the Anti-Christ will beguile the world into making him their leader, yet all the while hatching an evil plot to exterminate the Jews. The second 3½ years, of the 7 year period of Tribulation, will be known The Great Tribulation. This, it is stated, will be when the Anti-Christ will declare himself to be God, sit “on the throne of God” and challenge the Son of God to war, referred as Armageddon.

¶ “Immediately after the tribulation of those days the sun will be darkened, and the moon will not give its light, and the stars will fall from heaven, and the powers of the heavens will be shaken.
Matthew 24:29

One can immediately appreciate the attractiveness of such a doctrine. Who in their right mind would want to experience the worst times in all of world history? It i beyond doubt that many people in our contemporary world, including many Christians, believe a variety of things primarily because they want them to be true, not because there is much or sometimes any) supporting evidence. When I am thinking just about myself or my Christian friends, I can concede that if I must live until the time of the rapture, I would certainly hope that the pretribulational-rapture is doctrine is true…But individuals for whom the Bible is the final authority in all matters that it addresses dare not base anything on what they most want to be true but must ask the question “What does Scripture teach?”
Craig L. Blomberg, “The Case For Historic Premillennialism”, ‘Posttribultionalism In The New Testament, 2009 p. 64

In his book, The Case For Historic Premillennialism, Dr. Craig Blomberg and Dr. Sung Wook Chung (both of Denver Seminary) argue against Pre-Tribulational Rapture Premillennialism. Along with several other contributors, they make a sound case against what they call “Left Behind Eschatology” (the subtitle of the book is, ‘An Alternative To “Left Behind” Eschatology’) which is built upon the notion of a Pre-Tribulation rapture. They ably show that the idea of a ‘secret rapture’ is a novel theological invention which lacks sound exegetical or historical support.

Although some have tried to show a precedent for this doctrine (a Pretribulational Rapture) in the Church of the second through fourth centuries, most scholars have remained unconvinced (including dispensationalists like Charles C. Ryrie). The first unambiguous articulation of this belief came in 1830 with the founder of the Plymouth Brethren denomination in Scotland, J. Nelson Darby. Debates swirl to this day about the accuracy of the report that he first heard it from a self-styled fifteen-year-old prophetess by the name of Margaret MacDonald. The entire theological system of which the pretribulation rapture formed a small part came to be called dispensationalism.
Craig L. Blomberg, 2009 p. 62-63

Many people have been led to believe that this horrific period is forecast in the Book of Revelation. But how many have their understanding of the Book of Revelation distorted by their lack of understanding about historical context, the use of Biblical language, and even modern opinions? There is good historical evidence, as I will show, to demonstrate that the period foretold by Christ as Tribulation and Great Tribulation has happened at precisely the time He said it would happen – and even though Dr. Blomberg believes that it hasn’t yet been fulfilled, even he concedes that Christ’s original audience would have had had good reasons for believing that it had been.

I said to him, “Sir, you know.” And he said to me, “These are the ones coming out of the great tribulation. They have washed their robes and made them white in the blood of the Lamb.
Revelation 7:14

In discussing the details of what Christ’s Olivet Discourse (Matthew 24, Luke 19) revealed about His warnings of a coming tribulation, Dr. Blomberg concedes, “So it makes no sense in Jesus’s context to take the abomination of desolation as some desecration of a rebuilt temple hundreds or thousands of years later; in this interpretation, Jesus would never have answered the disciples’ question, nor could they ever have been expected to understand that he was referring to any temple other than the one before their very eyes at that moment. For Jesus, then, ‘great tribulation’ refers neither to the events of the second century BC nor to a period of time only just preceding his return but, at least in part, to the distress at the time of the destruction of Jerusalem, the burning of the city, and the razing of the temple by the Romans in 70AD” (Blomberg, 2009 p.73). Where Dr. Blomberg recognises that the events leading up to the destruction of Jerusalem at least “in part” fulfilled the prophecies of Christ in the Olivet Discourse, I would argue that they ‘wholly’ fulfilled these prophecies!

Consider the description of Jerusalem’s siege and eventual destruction by the 19th century Canon of the Bristol Cathedral, Rev. William Knight, in his book, The Arch of Titus and The Spoils of The Temple (1867), in which he describes the slaughter of 2,700,000 Jewish occupants of Jerusalem at the time of the siege – let alone the inhabitants of the outlying villages who were also slaughtered (Knight, 1896 p.30).

And now, when, according to the words of the historian, there were none to be seen to plunder or to slay, Titus ordered the city and the Temple to be razed to their foundations … So precise was the fulfilment of those words, ‘The days shall come upon thee, that thine enemies shall cast a trench about thee, and compass thee in on every side, and shall lay thee even with the ground, and they children with thee; and they shall not leave in thee one stone upon another; because thou knewest not the time of they visitation (Luke 19:43-44). Thus too was fulfilled another word of judgment in one of our Lord’s last parables, which obviously belongs to this period, that of the Marriage of the King’s Son : who having provided his royal banquet, sent forth his servant to invite guests. The thoughtless multitude made light of it; their proud and angry rulers killed the messengers; whereupon the King sent forth his armies and destroyed those murderers, and burnt up their city. Our Lord says their city: for as the Temple had ceased to be God’s House, and was now reduced to utter desolation, so Jerusalem had lost its honoured name and guardian, and was no longer ‘the City of the Great King’ (Matt. 5:35; 12:1-7).
William Knight, The Arch of Titus and The Spoils of The Temple, (1867) 1896, The Religious Tract Society, London, p48-49

One of the biggest reasons why people are susceptible to false interpretations about the Book of Revelation is that the historical background to the Book is unknown to most readers. The second huge problem is that most people who promote themselves as experts on “End Times” or “Bible Prophecy” seem to not understand how the principles of sound Biblical hermeneutics also apply equally to the Book of Revelation. For example, one of the first assumptions that those who employ sound hermeneutics use is, treat any Biblical book as if it was written to someone else. This demands that we study the original audience context as well as the Biblical context. But this presents a problem to the modern reader since we are at least two thousand years removed from the original audience. If we fail to address these problems when interpretting what the Book of Revelation means by tribulation, we are doomed to commit the same errors that have plagued the history of Revelation’s interpretation. (I have compiled a small list of such of failed interpretations.) I have demonstrated from history that the events foretold by Christ as the time of ‘tribulation’ and ‘great tribulation’ had to be fulfilled within the lifetime of His original audience – and their fulfilment can be historically demonstrated.

If a student of the Book of Revelation (i) ignores the historical context of the book, (ii) assumes that it is describing the end of the world (an expression no where found in the Book itself) – it will inevitably lead to some wild speculation about what this book means. History reveals that this speculation has brought much discredit to the cause of promoting Christ and His infallible Word when well-meaning (but mistaken) people make bold claims that the Book of Revelation predicts the fortunes of their own nation in their own day. The Book of Revelation not only does not make this claim, it actually claims to be speaking to a first century audience within the existing Roman Empire. But I am now rushing ahead of myself.

I John, who also am your brother, and companion in tribulation, and in the kingdom and patience of Jesus Christ, was in the isle that is called Patmos, for the word of God, and for the testimony of Jesus Christ.
Revelation 1:9

The Church was being persecuted by Jerusalem and Rome. Christians were being martyred. We are told in Revelation 2 that Antipas had been killed for being a Christian. We are told in Revelation 6 that there were many martyrs who had been killed for following Christ. Even John was writing this Book as a persecuted Christian. It looked to many believers that the Church would be conquered by this unrelenting persecution. But John’s visions of Christ’s Revelation, reassured the suffering Church that Jesus was indeed Lord, and that He would indeed conquer. 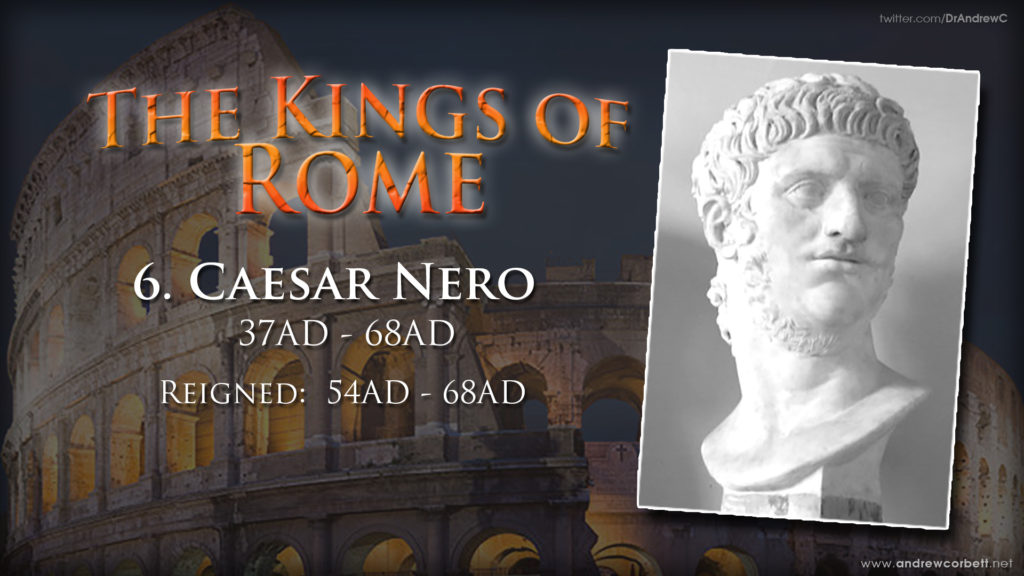 Rome launched its persecution against Christians in A.D. 64 under the direction of Caesar Nero. This ended with his death in 68AD. It had lasted around 1240 days (3 and half years). Rome launched its attack against Jerusalem in 66AD and this ended when Jerusalem fell under the leadership of Caesar Vespasian in A.D. 70. This was a period of 1260 days (3 ½ years). Those who fail to appreciate this background to the New Testament are the ones who have conjectured a tribulation yet to come, with the first three and half being designated as ‘tribulation’ and latter 3 ½ years being designated as the ‘great tribulation’.

The Book of Revelation was not written to an English-speaking Church living in Western affluence. It was written to a First Century Church undergoing intense tribulation – initially from Jerusalem, then from Rome – and wondering whether their faith in Christ had been in vain. In our times, there are more Christian martyrs than in any other era of the Church! Just as there are lessons for the modern Church from any New Testament book, there are some powerful lessons for today from this ancient book.

I have written a fuller explanation of the book of Revelation in my eBook- THE MOST EMBARRASSING BOOK IN THE BIBLE (click here to read a preview).