home  >  articles  > Will Jesus Come Back This Year?

At the start of every new year there are always hopeful believers who claim that this is the year that Christ will come back. Some of these believers move beyond hope and practice unhelpful distortion of Scriptures to arrive at their wild guesses. Is there are genuine Biblical basis for believing that this will be year that the Lord will come back?

“Adiaphora” is the name given to teachings and customs that are neither commanded nor forbidden in Scripture. When it comes to End Times teachings there is apparently a lot of adiaphoragoing on. These End Times guesses have become so fused with Christian thinking that most believers can’t recognise them for what they are (adiaphora) and distinguish them from what the Bible actually says (exegesis). Listed below are few End Times Guesses, that despite being wong, have become almost unquestioned in the thinking of many Evangelicals.

THE REBUILT TEMPLE IN JERUSALEM IN THE LAST DAYS? 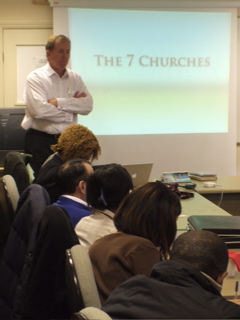 For those people who have accepted the idea that Matthew 24 prophesies a rebuilt (Third) Temple in Jerusalem, I suggest two things: firstly, consider that Jesus pointed at the stones of the existing Temple in His day and prophesied “See these stones, not one will left upon another…“; secondly, purchase and download the highly acclaimed eBook on Matthew 24 (The Most Embarrassing Verse In The Bible) which details how every prophecy which Christ made in Matthew 24 was fulfilled by 70AD – or Christ is a liar! (Refer to Matthew 24:34).

Some believers have taught that the Last Days will be characterised by strange astronomical phenomena such as falling stars and a burnt-out Sun. This type of interpretation of Scripture is often appealed to as “the simple meaning of the text is usually the correct meaning of the text“. The problem is that this type of interpretation is usually simplistic, rather than simple. I don’t speak Japanese (I barely speak English well). For those who have learnt the Japanese language they tell me that it’s incredibly simple (especially compared to English). But the process they had to go through to understand the different characters, different sounds and tones, different idioms, and different sentence constructions was anything but simplistic! And it’s the same with Scripture. The “simple” meaning of a text is only apparent when the student has done the rigour to understand Biblical metaphors, idioms (ways of speech), and Old Testament symbolism. A simple meaning of “Don’t count your chickens before your eggs are hatched!” would be not to assume that everything will always go your way; but a simplistic meaning would be that you are a chicken farmer who loves to count new chicks before they’re hatched.

In the same way, when Matthew 24 records Christ saying that stars will fall from the sky, the moon will be darkened and the Sun will no longer give forth its light, it is not an astronomical prediction but a Biblical idiom which speaks of Israel rebelling against God. This is further explained in the eBook on the Book of Revelation – The Most Embarrassing Book In The Bible.

Some believers have unquestionably accepted the idea that wars, earthquakes and disasters must dramatically increase in the Last Days in order for the Lord to come back. But the statement about these things in Matthew 24 doesn’t actually say that they will ‘dramatically increase’. As some believers, who have dared to think, have wondered, has there ever been a time when there was not wars, earthquakes and natural disasters? A closer look at the text in Matthew 24:7 might be in order-

For nation will rise against nation, and kingdom against kingdom, and there will be famines and earthquakes in various places.
Matthew 24:7 ESV

Note what Jesus didn’t say? Once you’ve done that, filter that verse through the time-frame Christ gave in Matthew 24:34 and it doubly reveals that He was not prophesying that wars, earthquakes and disasters would increase as a sign of the Last Days to announce His coming back. This is explained further in the eBook on Matthew 24 (The Most Embarrassing Verse In The Bible)

THE ‘COMING’ OF THE LORD IN THE CLOUDS…

before the LORD, for he comes,
for he comes to judge the earth.
He will judge the world in righteousness,
and the peoples in his faithfulness.
Psalm 96:13

In none of these references is there the implication of a physical appearing of the Lord. It’s worth noting that the reference in Matthew 24:30 does not include the vital (and assumed) word back (or ‘return’). That is, it doesn’t say “when the Lord comes back…“!

The Biblical use of “clouds” is also often metaphorical. It is used to describe and speak of God’s glory. When the Bible refers to Christ “coming in the clouds” it speaks of Christ in His glory. A closer look at Matthew 24:30 also reveals that the clouds mentioned are not ‘earthly’ clouds but ‘heavenly’ clouds. This reinforces that what Christ is talking about is His vindication not His return.

WILL JESUS CHRIST RETURN THIS YEAR?

The earliest Creeds of the Church affirmed that Christ was now “seated at the right hand of God, from whence He shall come to judge…” This creedal statement affirmed the Biblical message that one day Christ would return to culminate time and life as we now know it, and usher in a new order where there would be a “new heaven and a new earth”. Is this going to happen this year? The danger for Biblical credibility in the minds of onlookers is that the average believer cannot distinguish between exegesis (what the Bible says) from adiaphora (what sounds Biblical, but actually is not) and will therefore hear these preachers make wild claims about how the return of the Lord must be this year – which they make sound like they are based on the Bible but actually are not! Will Christ return this year? Perhaps it might be better to expose this apparently simplequestion for what it truly is: a simplistic question. Better questions might be: does Christ have to return this year? Could the physical return of Christ be many centuries away?

And while we’re getting all inquisitive, here’s some Bible study questions for you to consider-

Throughout this site, you will find an alternate view of Bible prophecy that is much older than the current ideas of an imminent rapture, a tribulation, an Antichrist, Armageddon, and 1,000 year earthly reign of Christ from Jerusalem.

Dear Dr Corbett,
I was absolutely thrilled and blessed by your interpretation of Matthew 24 as well as of the 2 witnesses in Revelation.
I had long suspected that the dispensational interpretation was “leaky” to say the least but some of their proponents come across pretty smart in defending this theory.
By the way thank you so much for the 2 ebooks (most embarrassing verse and most embarrassing book in the bile) which so far are a great and exciting read and blessing to me.
Warm regards

In the eBook, The Most Embarrassing Book In The Bible (Understanding The Book of Revelation), the case is presented for most of the Book of Revelation already being fulfilled. Therefore, there is a strong case to be made from both the witness of Scripture and history that the Dispensationalist’s claim that Revelation is mostly about the future is without credibility. Will Jesus Christ come back this year? A better question is what you are going to do this year to know Him more intimately and make Him known to those who don’t yet know Him? It is actually Christ who is our hope, not His return.