Preterism comes the Latin word ‘praeter’ which means ‘the past’. When it comes to understanding Bible prophecy all Christians are preterists to one degree or another. It is only logical and reasonable to examine the past to see if a prophecy has already been fulfilled. Most Christians would acknowledge that Isaiah 7:14 describing a virgin giving birth has been fulfilled in the past. But not all Christians would agree about the nature of prophecies relating to Christ’s “second coming”. Preterists argue that all of the prophecies relating to Christ’s ‘coming’ (as described in Matthew 24) have already been fulfilled. This contrasts with two other schools of prophecy interpretation.

Essentially there are then three general schools of eschatology:

An exact copy of Beatus of Liébana’s 460 page commentary on Revelation originally copied in A.D. 970.

Within Preterism there are two streams. Both streams identify themselves as “Preterist”. To distinguish between them, two pejorative terms are often employed: Hyper-Preterism, and Partial-Preterism. Full Preterists, also referred to as Hyper-Preterists, or Pantelogists, regard all Bible prophecy fulfilled by A.D. 70. Those who regard that most prophecy was fulfilled by A.D. 70 (including the parousia of Christ’s Vindication, the commencement of the Kingdom of Christ, the First Resurrection, but not including the Final Judgment, the banishment of Satan to eternal torment, or the General Resurrection) are referred to as Partial-Preterists or more correctly: Classical Preterists. The proceeding table of comparison between Full-Preterism and Partial Preterism will highlight the differences.

Criticism of Preterism can be summarised as-

Futurists – claim that Preterism ‘spiritualises’ Bible prophecy rather than taking it literally.
To which Preterists counter that they are actually more literal in their interpretation of Bible prophecy because they strive for the original intention of a passage rather than impose fanciful modern understandings onto an ancient text.
Historicists – claim that Preterism was developed by Jesuits in the seventeenth century to counter the growing the Reformation claims that the Papacy was the Anti-Christ.
This is actually one of the weakest methods of debate: attack with innuendo and name calling and ignore the content of the proposition. The roots of Preterism go back to the First Century AD when people clearly saw the events foretold by Christ as having been fulfilled up until the destruction of Jerusalem and Judea in A.D. 70. The sticking point between Full-Preterists and Partial Preterists is the nature of the Resurrection. Resolve this issue Biblically and you will conclude that one of these two positions is thoroughly Biblical and (while Creeds are not authoritative) in agreement with the earliest Creeds of the Church.

Why I am not a Full Preterist… 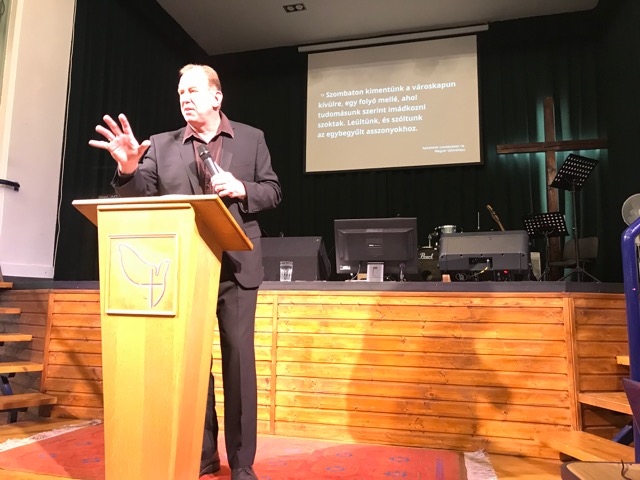 My views are more fully explained in my eBook, The Most Embarrassing Book In The Bible, where I go through the Book of Revelation and explain it chapter by chapter.

Dating the Authorship of Revelation