home  >  articles  >  About The Eschaton

The End. That’s what the Greek word “eschaton” means. But a question that some are now asking is, ‘The end of what?’ Up until recently most Christians would have said- the world, but now good Biblical scholarship is shedding greater light upon this highly controversial word and revealing that many of the assumptions we might make about this word may not be accurate.

When I went to church as a young boy, ‘End Times’ teaching was all the rage. After all, there were wars in the Middle East, famines in Africa, natural disasters in Asia, and economic struggles in Europe and America. Added to these ‘signs of the times’ there were conspiracy theories, global uncertainty, a worldwide fuel crisis, and the emerging cashless society. All of these things were apparently predicted in the Bible many thousands of years ago as being the last signs before the end of the world. As the last three decades have unfolded however, it has become obvious that none of these things have led to the end of the world, and we now realise that they are not the Biblical triggers for the end of the world at all.

With so much unfounded speculation about what the Bible teaches about ‘the end’, it’s little wonder that many Christians have put eschatology (the study of ‘last things’) either in the too-hard basket or now regard it as not worth worrying about because apparently nobody knows anyway.

Hermeneutics is the science of Biblical interpretation. Hermeneutics involves answering three questions: What does the text say? What did the text mean (to the original audience)? How does this apply to me? Therefore, when we read passages that state something is about to happen “soon”, “this hour”, “now”, “at hand”, it is unreasonable to interpret these passages as referring to any other period of time other than in the context of the time-frame of the original audience! Consider Matthew 24:34 —

Jesus said, “I tell you the truth, this generation shall not pass away until all these things take place.”

Either this verse has been fulfilled or Jesus Christ was, as Bertrand Russell claimed in a famous debate with C.S. Lewis, “a liar!” To suggest that “this generation” means anything other than the generation alive during Christ’s ministry (His original audience) is not consistent with how Christ used this expression as recorded in the gospels. Some propose a hermeneutical approach that would make this particular usage of the term to mean something other than what the context demands. It is variously called ‘The Law of Double Reference’ or ‘Near fulfilment, distant fulfilment’, or ‘Dual Reference’. Some Bible teachers, such  Hank Hanegraaff (‘The Bible Answer Man’, often describes Christ’s words in Matthew 24 as “predicting near events using final eschaton language.” But this is neither clear or warranted.

According to Matthew 24:34, either the parousia has happened or Christ is a liar, claimed the atheist Bertrand Russell in a debate with C.S. Lewis. 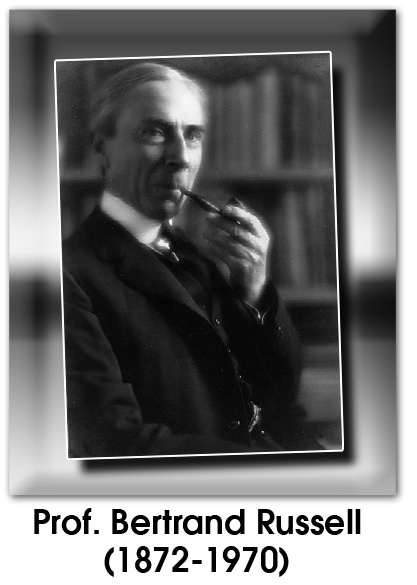 To read the New Testament in a way that deliberately inverts the otherwise plain meaning of a text, has led some, like the late leading atheist Professor Bertrand Russell (pictured left), to consider that the New Testament must be non-sensical. This is a shame that such discredit has been brought about Christ and His Word in the minds of so many non-believers. Even C.S. Lewis wrote, in one of the last letters he penned about the debate he had with Russell (which he lost), that it really did seem that Christ ‘deceived His disciples’ when He told them in Matthew 24:34 that the parousia would take place within their generation!

This has led increasing numbers of people who believe that the Bible is God’s infallible Word and that Christ could never deceive anyone, to seek Biblically consistent answers to this hermeneutical challenge. Realising that Dispensationalism’s Double Reference device is unreasonable (since it attempts to make the plain intended meaning of a passage say something other than what the context demands), many believers have been looking at the solutions offered by taking a Preterist (from the Latin praetor meaning, the past) position and considering answers to textual problems that have baffled biblical scholars over for years. The recent popular promotion of Dispensationalism, the Left Behind series, has promoted a rather unhelpful and fanciful interpretation of eschatological passages in the Bible. The more Dispensationalists promote their speculations, which soon prove to be incorrect, the more people are realising just how unhelpful this kind of paperback rapture-theology is.

CAN ‘HISTORICISM’ BE A BETTER HERMENEUTIC?

Historicists (those who see the prophecies of Christ as foretold history from the first century to the present day) have long tried to point out that Dispensationalism was hermeneutically bankrupt. But Historicism is just as speculative as Dispensationalism. It also suffers from similar hermeneutical distortions when it takes verses like Matthew 16:28 or 24:34 and offers equally illogical interpretations to that of Dispensationalism by saying that although that’s what Jesus said, it’s not what He meant(?).

Preterism is the only logical method for interpreting such eschatological passages. Hank Hanegraaff, the “Bible Answer Man”, has now embraced Preterism, but prefers to call it “Exegetical Eschatology” (E2). But Hanegraaff’s brand of Preterism still suffers from some of the same deficiencies as Dispensationalism. He refers to the Olivet Discourse (Matthew 24) and the Book of Revelation as using ‘final eschaton language’ when prophesying events about to take place in the lives of the original audience of Scripture. But this is not what the Scriptures itself says.

Since the ‘eschaton’ is the end many people who realise that Preterism is the only logical approach for interpretting eschaton passages find it difficult, if not impossible, to make any distinction between a first century eschaton and a ‘grand eschaton’ without embracing a similar approach to Hanegraaff.

ARE ALL BIBLE PROPHECIES FULFILLED?

In my eBook, THE MOST EMBARRASSING VERSE IN THE BIBLE, where I discuss Matthew 24 in much more detail, I make a fairly strong case from history and Scripture for regarding all of Matthew 24 as being fulfilled. I also explain why I believe that Matthew 25 is not a parallel of Matthew 24, but should be regarded as subsequent to it. To sum up why I regard Scripture speaking of two “eschatons” (one being the end of the Old Covenant era, the other being the end of this age) it might be profitable to overview what Partial (or, “Classic”) and Full (s1metimes called “Hyper”) Preterists acknowledge as being fulfilled.

While Full Preterists see no distinction between parousia and eschaton passages, Classic Preterists regard the texts describing either the eschaton of the Old Covenant (note Hebrews 8:13) or the eschaton of the final consummation (note Ephesians 1:10; 1Corinthians 15:24). This is why Classical Preterists can endorse the ancient universal creeds of the Church and still partake in Holy Communion (“until He comes“). Just as the Old Testament writers did not have the full revelation of Christ as the triumphant Messiah yet Suffering Servant, the New Testament writers may not have understood Christ as ‘coming’ to end the Old Covenant with the judgment on Jerusalem in 70AD and His ultimate return to dissolve these present elements.

It does appear though, that just as the Old Testament writers couldn’t harmonise the tension between the suffering and the glorious messiah (note 1Peter 1:11) that the same may have been even the case for the founding apostles who considered only one parousia and an end (eschaton) to the Old Covenant order equating to the end of everything(?).

Classic and Full Preterists are united however in the implications of this understanding of the eschaton texts. Since we can be certain that at least one parousia and at least one eschaton has happened: we should be engaging the world with the Kingdom claims of Christ now, to help build a better future for our grand children and their great grand children! We should be living as salt and light and building the Kingdom of God spiritually through Gospel preaching, the demonstration of the Spirit’s power, practically showing the love of Christ toward all people, and prophetically counseling those in positions of Governmental power. We should encourage pastors and Bible teachers to abandon a doctrine of escapism (as Dr. John R.W. Stott calls it), forsake an ironic glorification of the devil and his supposed scheme to take over the world through a yet-future puppet Antichrist figure, and encourage them to preach about the Glorious Christ who rules and reigns and whose Kingdom shall have no end.

The Most Embarrassing Book In The Bible, eBook