It’s claimed that the Amazon rain forest is apparently being cut down at an equivalent rate of several football stadiums every hour! In Indonesia there are thousands of acres of old-growth forests being cut down and burned at an alarming rate. Many parts of Australia have now been turned into dust-bowls and salinity-danger-zones due to the belligerent destruction of bushland… 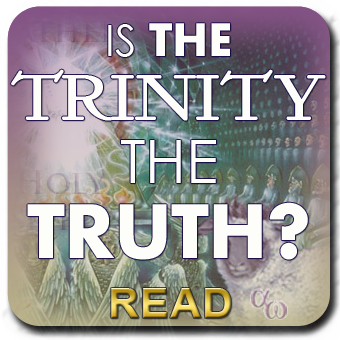 The Trinity Examined and Explained

There is no greater mystery than God. And perhaps there is no greater quest than to answer the question who is God? as truthfully as possible. When the identity of God is discussed there are a wide range of ideas put forward. Some have gained acceptance and formed the basis for the world’s religions. For those who have realised that God must have an identity they conclude that He must be a person. This is called theism- or more precisely, monotheism. Judaism, Islam, and Christianity are three great monotheistic religions of the world. But Christianity is further distinguished from these other monotheistic religions by identifying God as Father, Son and Holy Spirit.

Was The Original Creation of Paradise Perfect

How would you define “perfect”? l’m not sure that too many people have pondered how many things in life are perfect. Perhaps most Christians would regard only two things as ‘perfect’: (i) God, and (ii) The original Creation.

But the second assertion is a little more difficult to demonstrate from Scripture. In fact, it’s so difficult we may have to concede that it’s impossible. Yet, despite this obvious difficulty the idea that God’s original creation was “perfect” is so widely assumed that to suggest otherwise meets with astonished bewilderment. Yet it is this unquestioned assumption that forms the foundation for several seriously important teachings. I want to suggest that what we regard today as being “flawed” with our world (earthquakes, floods, volcanoes, storms) were probably a part of God’s original design. Therefore the “perfection” of the original creation which is described as being “good” and “very good” may not have been the kind of perfection that might have romantic notions of.